Under the Fourth Directive, the rules involving politically exposed persons (PEPs) are no longer limited to foreign officials. Local PEPs will now be subject to the same scrutiny as foreign PEPs. Here are some key guidelines regarding PEPs, the regulations regarding them and how to spot red flags.

A politically exposed person is defined as an individual who is entrusted with prominent public functions, including members of legislative bodies, government ministers, judges, high ranking members of the armed forces and senior officials of state-owned enterprises. The Fourth Directive extended the definition of politically exposed persons to include domestic citizens, as well as foreign ones.

Providing a politically exposed person list is difficult as the criteria is broad and varies from country to country. The Financial Action Task Force (FATF) also issues frequent recommendations on PEPs, adding to the challenge of having a definitive PEPs “list”.

However, most countries base their PEP definitions on the guidance issued by the FATF, which categorize PEPs as:

Family members or known close associates of politically exposed persons must also be dealt with under PEP rules. This means applying enhanced due diligence. A family member of a PEP includes; a spouse or civil partner, children of the PEP and their spouses or civil partners, and parents of the PEP. A known close associate of a PEP means an individual known to have joint beneficial ownership of a legal entity or any other close business relationship, or an individual who has sole beneficial ownership of a legal entity known to have been set up for the benefit of the PEP.

A beneficial owner is any person controlling or owning more than 25% of the shares or voting rights. An ultimate beneficial owner (UBO) is always a natural person who ultimately owns or controls the person on whose behalf a transaction is being conducted. The details of beneficial owners must be recorded and held on a central register accessible to competent authorities. Organisations should take reasonable measures to identify whether or not a beneficial owner is a PEP or not and assess the risks of working with that client.

The Fourth Directive describes the requirements relating to PEPs as “of a preventative and not a criminal nature and should not be interpreted as stigmatising politically exposed persons as being involved in criminal activity”. Nonetheless, the Directive requires further investigation, known as enhanced due diligence (CDD), in order to establish whether or not a PEP is committing a crime. Involvement of high risk jurisdictions, suspicions about beneficial owners, questions about the source of funds or any other cause for suspicion must be recorded and reported to the designated officer in your organisation. For law firms and financial institutions this is usually the MLRO (money laundering reporting officer).

Here are some red flags that may come up when dealing with politically exposed persons:

The planned Fifth Anti-Money Laundering Directive, currently under discussion by the European Union, may amend the strict procedures required of domestic or EU PEPs. Member states may decide to apply standard, rather than enhanced, due diligence to politically exposed persons where there are no further risk factors to suggest an overall higher risk. 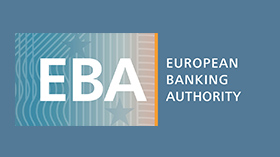