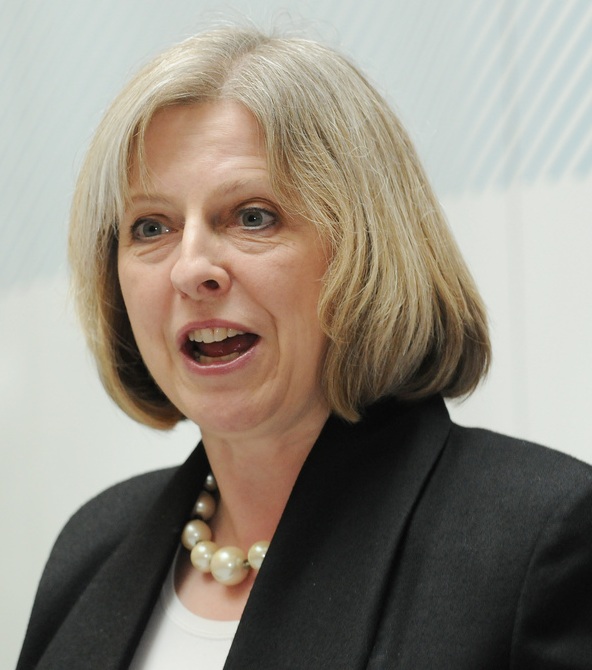 “These crimes must be stopped and the victims of modern slavery must go free. This is the great human rights issue of our time, and as Prime Minister I am determined that we will make it a national and international mission to rid our world of this barbaric evil.” Prime Minister Theresa May

“Human trafficking is one of the world’s most heinous and profitable criminal enterprises. It is unconscionable that each year, thousands of vulnerable children and adults are forced into labor and prostitution. Those who buy trafficked labor must also be held accountable for their outrageous crimes.” US Senator Kamala Harris

Democratic Senator Kamala Harris and Conservative Prime Minister Theresa May come from different ends of the political spectrum. Yet on either side of the Atlantic, these two woman have dedicated much of their political careers to fighting the horrors of modern slavery.

As California Attorney General, Kamala Harris introduced the first legislation in the world to demand major companies report on their efforts to investigate and eradicate modern slavery in their supply chain. The California Transparency in Supply Chains Act (2010) requires companies with a turnover greater than $100m (£77m) who do business in California to disclose on their websites their efforts to eradicate slavery and human trafficking from their direct supply chain.

As British Home Secretary, Theresa May introduced similar legislation in the Modern Slavery Act 2015, mandating any company with a turnover greater than £36m ($46m) to publish a modern slavery and human trafficking statement.

Since the political fortunes of both women have risen, so has the push for anti-slavery legislation around the world. In 2015 President Obama signed an executive order requiring all federal procurement contracts to be screened and assessed to prevent modern slavery in supply chains, and requires government contractors to undertake due diligence and certify their compliance with anti-trafficking laws.

In Australia, a Parliamentary inquiry is currently investigating joining the global trend of enacting anti-slavery laws. Campaigners have said legislation in the UK is “creating momentum and driving change” and that laws such as these have “triggered constructive dialogue and elevated the issue of modern slavery to board level in companies.”

On one level, the purpose of these laws is to enable consumers to have the choice of buying from a company that is conscious of the risks of modern slavery in the supply chain. On another level, it’s about changing corporate culture to make sure no one profits from slavery.

Taken together, the GDP of California and the UK is over $5 trillion, giving the legislation a phenomenal impact across tens of thousands of major European and American businesses.

Crucially, the key element of both the the British and Californian legislation is to train staff to spot the potential signs of modern slavery in the supply chain. From front-line workers sitting behind reception desks or serving customers, to procurement professionals managing a global supply chain, when staff are aware of the potential signs of modern slavery and human trafficking, they know how to stop it.

VinciWorks has created a suite of training and compliance materials to assist all types and size of business in complying with their legal obligations and help them to identify and end instances of slavery in their supply chain.

Our Modern Slavery training courses, guides and templates are designed to support every part of a business and every member of a team to meet their modern slavery obligations. Whether that’s compiling the company’s modern slavery and human trafficking statement or investigating multiple tiers of the supply chain, VinciWorks modern slavery suite will assist any business who needs to train their staff and and ensure they are not complicit in modern slavery abuses.