The panel – which coincided with the publishing of two new reports: Modern Slavery and Corruption and An Exploratory Study on the Role of Corruption in International Labour Migration – focused on the relationship between modern slavery and corruption. The discussion provided an overview of the current legislation around the world, including the Foreign Corrupt Practices Act, which has been used effectively in the United States to prosecute human traffickers.

The key takeaway from the discussion was that slavery can only take place when corruption is present. At some stage in the process, someone must turn a blind eye, pay a bribe or falsify records to facilitate human trafficking or forced labour. Organisations should never be able to say “we were not aware” because the warning signs and the records of corruption are almost always there to be found. 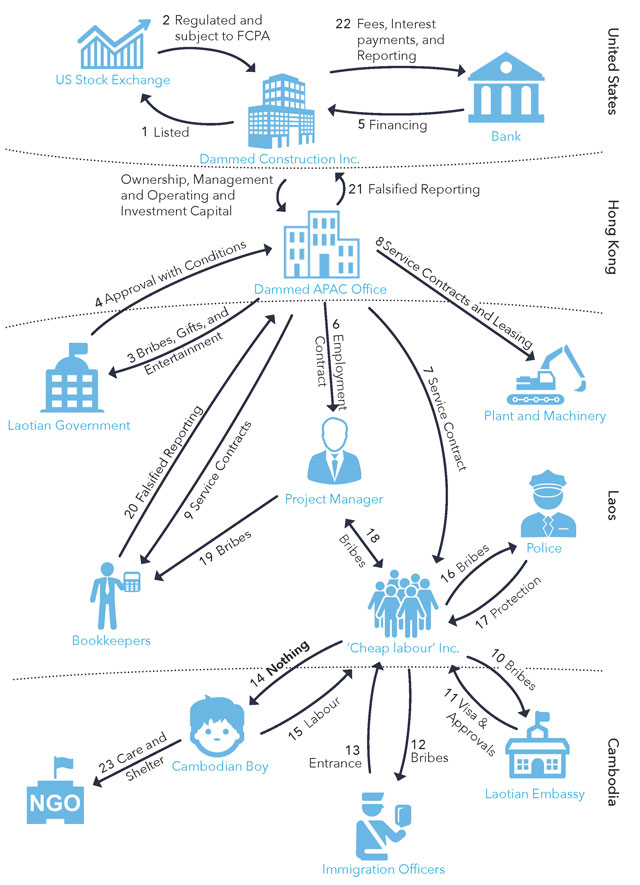 With the introduction of the Modern Slavery Act last year in the UK, many firms are grappling with how to implement modern slavery compliance in their organisations. The Modern Slavery Act goes a step further than the UK Bribery Act in requiring large organisations (with turnover in excess of £36 million) to publish a statement describing the steps taken to ensure their supply chains are slavery-free. We have all become used to the KYC requirements when taking on a new client, but this new requirement to ‘Know Your Supplier’ puts a new onus on large businesses.

However, conducting effective due diligence on suppliers in places where modern slavery is high-risk presents a tremendous challenge. The geographical, language and cultural barriers are significant, and it is no wonder that so many compliance officers are still trying to wrap their heads around how to put the Modern Slavery Act’s requirements into practice.

VinciWorks will be publishing a practical guide to assist firms in conducting due diligence on suppliers and in preparing the required ‘slavery and human trafficking statement’. Training staff on the requirements of the Act and on the warning signs for slavery in the supply chain will also be a component for many organisations. As we prepare our training course on this subject, we’d love to hear what your organisation is doing to tackle this thorny issue and help us make the working world a fairer, more honest place.

What ESG procedures should your business have?

UK MDR: Regulations to come into force in the first half of 2023