Understanding why businesses get fined

All businesses must comply with sanctions laws. Failure to do so is a criminal offence. In recent weeks, new laws in the UK have made breaching sanctions rules a strict liability offence. This means there’s no requirement for the business to have intended to breach sanctions. The fact that it happened is enough for a monetary penalty to be levied.

The Policing and Crime Act 2017 gives the Office of Financial Sanctions Implementation (OFSI), part of HM Treasury, the power to impose monetary penalties for sanctions breaches, and publish the reasons why.

Here, we review some recent cases to understand where these businesses went wrong with their sanctions compliance.

Raphael & Sons Bank were fined £5,000 by the OFSI for dealing with funds belonging to a designated person without a licence. The value of the transaction was only £200.

The original wine was £10,000, but Raphaels Bank made a disclosure to OFSI when it became aware that a breach of financial sanctions had taken place, and the fine was halved to £5,000.

Raphael’s Bank dealt with funds belonging to a designated person despite having access to their passport details, which clearly identified the individual by both name, date of birth and nationality.

The regime under which the individual was designated is one where sanctions are applied because of the misappropriation of Egyptian State funds. The bank’s actions allowed the individual to utilise funds that should have been frozen. Despite the value of the transaction being £200, the breach directly contravened the policy intention of the asset freeze.

This phone company were originally issued a £300,000 fine for indirectly facilitating international telephone calls to SyriaTel, sanctioned entity. Following a review by the minister, this was reduced.

This case illustrates that ‘economic resources’ can cover a wide variety of tangible and intangible resources and can be direct or indirect. It also illustrates that companies need to be able to recognise when they are in breach of the regulations and stop and take immediate action to report their activity to the OFSI.

Companies should take care to make sure they carry out appropriate financial sanctions screening and checks, and act on this information in the correct way.

In July 2014, the European Union (including the UK) imposed restrictive measures against those responsible for the Russian invasion of Crimea.

The sanctions are intended to prevent certain Russian banks, companies, and their subsidiaries from accessing EU primary and secondary capital markets (including access to loans). Specifically, any EU person is prohibited from making loans or credit or being part of an arrangement to make loans or credit, available to sanctioned entities.

Standard Chartered Bank made a series of 102 loans to Denizbank A.Ş. between 2015 2018. At the time the loans were made, Denizbank A.Ş. was almost wholly owned by Sberbank of Russia. Sberbank was subject to EU sanctions designed to target those undermining Ukraine’s sovereignty and territorial integrity. As Sberbank’s majority-held subsidiary, the restrictions also applied to Denizbank A.Ş. The value of loans which breached sanctions amounted to nearly £100m.

OFSI assessed that Standard Chartered Bank was aware of the sanctions regime and the need to take compliance steps and had initially ceased all trade finance business with Denizbank A.Ş. when Denizbank A.Ş. became a sanctioned entity. However, Standard Chartered Bank had then sought to introduce dispensations enabling such loans to be made where they considered an exemption was applicable. OFSI assessed that these dispensations were not appropriately put in place, and the subsequent operation of the dispensations enabled loans to be made which were not within any exemption and therefore were in breach of the EU Regulation.

However Standard Chartered did undertake their own investigative report, and after a review by the minister, decided that they did not wilfully breach the sanctions regime, had acted in good faith, had intended to comply with the relevant restrictions, had fully cooperated with OFSI and had taken remedial steps following the breach.

Companies should take care to make sure they carry out appropriate financial sanctions screening or checks, and act on the results in the correct way. Where the financial sanction is an asset freeze, it is generally prohibited to:

The funds and economic resources are to be frozen immediately by the person in possession or control of them.

OFSI values voluntary disclosure. Co-operation is a sign of good faith and makes enforcing the law simpler, easier, quicker and more effective. OFSI will make up to a 50% reduction in the final penalty amount for a prompt and complete voluntary disclosure of a breach of financial sanctions in ‘serious’ cases. 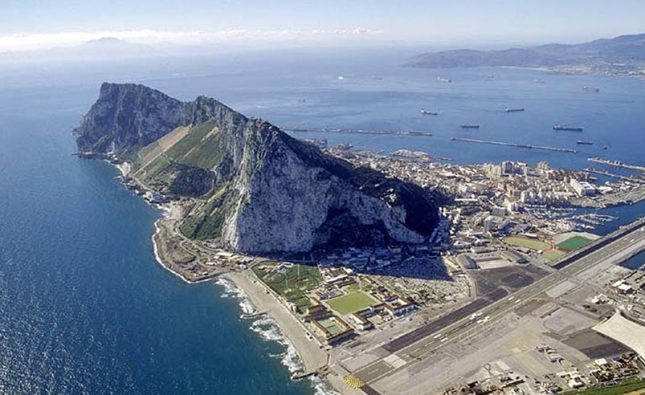 Gibraltar in, Malta out of UK AML high-risk list

New Guide–Sanctions at Work: A Guide to Compliance