In October, it was revealed that banker Howard Wilkinson blew the whistle on Danske Bank in 2013, beginning a five year investigation on the bank. The concerns raised by Wilkinson helped uncover an alarming €200 billion in suspicious payments being made through Danske’s Estonian branch between 2007 and 2015.

The scandal, representing money laundering on a huge scale, threw a spotlight on European banks and their efforts to protect against fraud and precipitated renewed considerations of the effectiveness of regulators’ defenses. Further, the revelation challenged businesses to up their game in installing a culture whereby whistleblowing on suspicious or illegal activity is encouraged, with clear procedures for doing so in place.

The role of anti-money laundering whistleblowers

Whistleblowers are defined as those who expose information or activities deemed illegal or unethical. They have historically played an important role in helping banks protect the economic interests of the UK and clampdown on wrongdoing in the financial services industry.  Whistleblowers who report suspicions of money laundering often have inside knowledge which is vital for fighting such crimes. However, blowing the whistle on such activities can often put them in a vulnerable position; they often know the subject, or subjects, of the allegations personally through their work and are put under pressure to remain silent on the information they hold that can incriminate their colleagues. While whistleblowers are protected by the Public Interest Disclosure Act 1998, making them immune from any repercussions, many feel at risk of personal retribution when making the report. 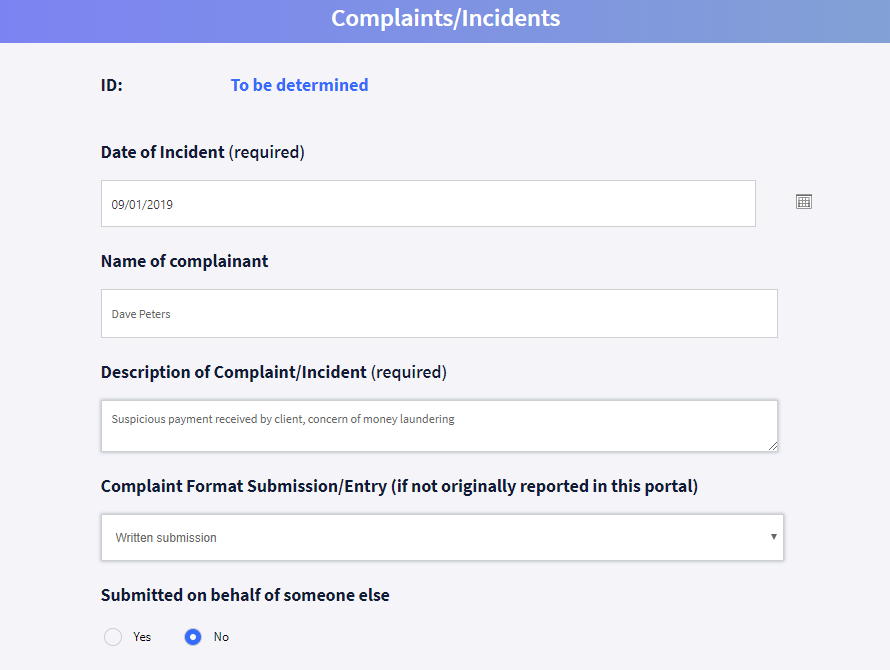 To keep their complaint anonymous, complainants can choose to leave the “Name of complainant field anonymous

Globally, organisations are bound by complex and ever-changing legal and compliance obligations. Without a structured and secure data collection system, organisations waste time and resources ensuring compliance and uncovering business intelligence. Omnitrack is VinciWorks’ solution to collecting, storing and managing data. It allows managers to be instantly notified of any suspicious transactions made or received on behalf of the organisation, thereby enabling them to make an informed decision on next steps.

How do anti-money laundering registers work?

Simple to set up and deploy, Omnitrack will allow anyone in your organisation to immediately, easily and securely report suspicious activity anonymously. The registers enable a transparent workplace in the following ways:

VinciWorks’ whistleblowing portal is part of our data processing and management tool, Omnitrack.

Embed a whistleblowing portal into your anti-money laundering training